To create wines that are as complex as they are captivating, Canvasback is following the model established decades ago by Duckhorn Vineyards, and will ultimately combine grapes from top growers with fruit from Canvasback’s own estate vineyard. The Canvasback team has already established great relationships with the growers who farm some of the appellation’s most esteemed vineyards, including Klipsun, La Coye, Shaw and Quintessence. In 2013, Canvasback put down roots on Red Mountain when it acquired a 20-acre unplanted vineyard site. Located near the top of the mountain, above the frost zone at an elevation of approximately 1,100 to 1,300 feet, the site was widely recognized as the most coveted uncultivated site of the mountain. Guided by Washington winegrowing legend and Canvasback vineyard manager Dick Boushey, and founding winemaker Brian Rudin, Canvasback began planting its Red Mountain vineyard predominantly to Cabernet Sauvignon in 2014. Canvasback Wine In both the vineyard and winery, Brian embraces the challenge of making a richly compelling wine that shows the complexity and structure of great Red Mountain Cabernet Sauvignon. “Red Mountain is one of the best places on earth to grow Cabernet,” says Brian. “The desert environment, with its long days, cold nights and mineral-rich soils produce epic Cabernet Sauvignons. Additionally, because Red Mountain receives only about 6 inches of rain a year, the viticulture can be finely tuned, contributing to the intense, uncommon character of the wines. “As a Washington winemaker,” adds Brian, “planting a vineyard from scratch, in what is widely recognized as the grand cru portion of Red Mountain, is a dream come true.” The name Canvasback was chosen in keeping with Duckhorn Wine Company’s waterfowl tradition. The Canvasback duck is native to the Pacific Flyway, with breeding grounds in Washington State. 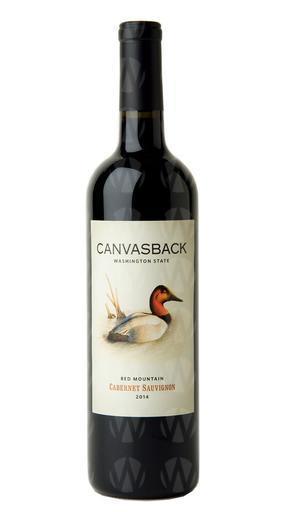